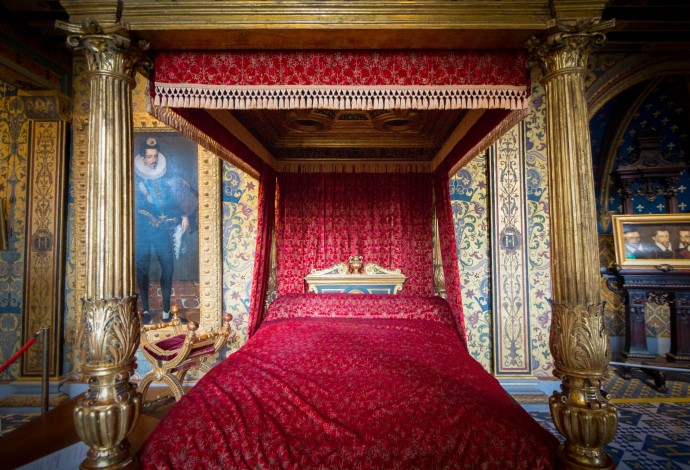 This castle has been used by several french kings (Louis XII, François I, Henry III, Henry IV) and has been built between the 13th and 17th centuries.

The lengend says that Henry I, duke of Guise, died in this room after having been assasinated on the order of the king Henry III.