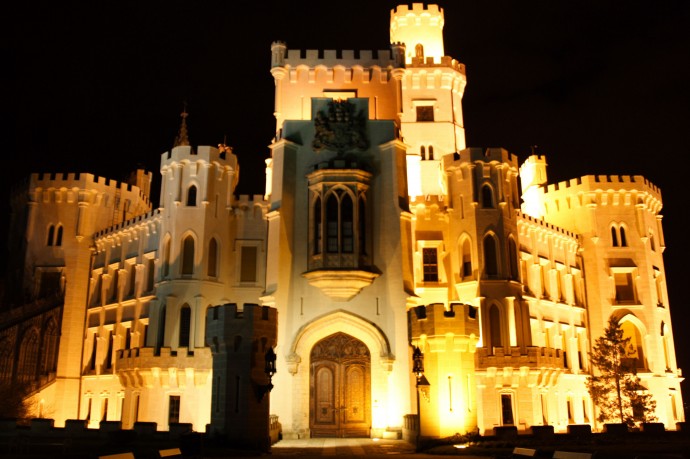 One of the most highly-sought chateaux in the country, the Hluboká Chateau, rises above the northern edge of the České Budějovice pond basin on a steep promontory above the Vltava River. The original Hluboká Royal Castle (Frauenberg) was founded along with the nearby city of České Budějovice in the 13th Century by Czech King Přemysl Otakar II. The castle underwent complicated development and its appearance was shaped by four reconstructions. The chateau owes its current Neo-Gothic appearance from the year 1871 to the Schwarzenberg family, which held the castle from the year 1661. They created a building with 140 lavishly furnished rooms, eleven towers (the main tower rising 60 metres) and citadels, whose jagged façade is dominated by a large Schwarzenberg emblem with the family motto "NIL NISI RECTUM" (Nothing but right). Hluboká gained its current form under the reign off Jan Adolf II Schwarzenberg and his spouse Eleonora, who decided to reconstruct the chateau based on the royal Windsor Castle. An English chateau park surrounds the castle. Today, the original riding school with an open roof-frame houses the collections of the Aleš South Bohemian Gallery.